An artist, a dancer, a filmmaker and content creator. I empower women, who are in a constant search for inner connection and creative self expression.

THE SEED OF LIFE POTENTIALS OF CREATION

About LOVE and CREATIVITY

“We come spinning out of nothingness, scattering stars like dust.”

“Stop acting so small. You are the universe in ecstatic motion.”

In the winter of 1993-94, I saw a hauntingly beautiful movie called Baraka.

It was a documentary by cinematographer Ron Fricke, which showed Gaia in all her glory and celebrated human culture.

I was so enchanted with the film that I went to see it 3 times.

One of the things that really caught my attention was a scene showing a group of men, all dressed in white flowing robes, moving and revolving around themselves in a circular motion.

I had no idea who they were and what they were doing.  There was no one I could ask.

I was intrigued, but in the mid-90s there was no Mr. Google or Ms. YouTube where I could make inquiries.

Funny thing is, a couple of years later I found myself in Konya, a Turkish town in the heart of Anatolia, which I discovered to be the very origin of those dancers, who, I learned, were referred to as the Whirling Dervishes.

The universe has some very interesting ways of shifting us in the right direction. After that trip, I started leading groups of tourists in Turkey and managed to see those whirling dervishes in person several times.

Fast forward a few years, and I participated in a whirling dance workshop, where, to my surprise, I managed to whirl for 40 minutes without getting dizzy or tired. An amazing, uplifting experience I remember with great awe.

That visit to Konya was my initial introduction to JALAL AD-DIN RUMI – known to his followers as Mevlânâ (1207 – 1273).

We in the West regard Rumi as a Persian poet, but he was also an Islamic scholar and theologian and above all a mystic. An Islamic Sufi mystic. His poetry, his philosophy, and his art were all aspects of his Sufism.

His life was a constant search of spiritual enlightenment, and he referred to LOVE as the greatest guide on the mystical path for spiritual devotion:

“The intellect has no explanation for the ecstasy of love.”

According to Rumi's teachings, spiritual devotion manifests itself in a controlled ecstasy, and that brings us to the SAMA ritual and the whirling dance which is an integral part of it.

What exactly is the Sama ceremony?

The Sama is a form of worship that is particularly popular in Islamic Sufism. According to Wikipedia, Sama is a ceremony performed as dhikr. Sama means “listening” in Arabic, while dhikr means “remembrance. According to Merriam Webster dictionary, the dhikr is a ritual recitation of the praise of Allah by the Sufi brotherhood, as a means of attaining ecstatic experience. In other words, it is a repetitive recitation of phrases from the Qur’an praising the glory of GOD.

These rituals often include singing, playing instruments, dancing, recitation of poetry and prayers, wearing symbolic attire, and other rituals.

Rumi claimed that music and dance are the basic requirements for the attainment of the ultimate spiritual devotion and ecstasy.

“Those who turn in the direction of prayer, whirl in both this world and the next.”

“Pay heed when a circle of friends whirl, circling round and round, the Kaaba is the center.”

The dervishes of Mevlana order perform the SAMA as a way of absorbing spiritual tranquility, and as a means of opening one’s spiritual wings to the ONENESS, the unicity of GOD. The music that accompanies the ceremony, provides the correct rhythm for the attainment of ecstasy.

The immediate goal of Sama is to reach wajd, which is a trance-like state of ecstasy, and khamra, which means “spiritual drunkenness”. Ultimately, people who practice the ceremony hope to achieve the unveiling of mysteries and gain spiritual knowledge. 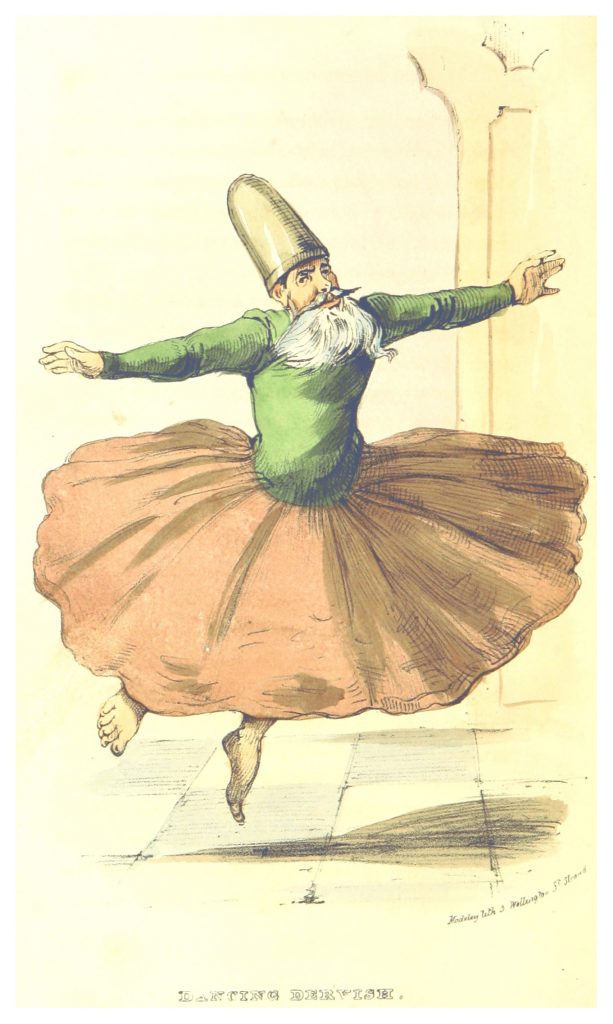 How is the whirling practiced?

The whirling person pivots in a counter-clockwise direction. The right foot is used to propel, whilst the left foot remains rooted to the floor acting as an axis.  The arms uplifted, the right palm pointing upward (believed to be receiving Divine grace), and the left palm pointing downward (believed to channel that grace to the world). The eyes are half-closed, with no outer focus. Whilst whirling, the world becomes blurred just like in a swift camera movement.

The constant whirling creates a state of heightened consciousness. A calm surrounded by motion. This is the channel for the divine light.

The Mevlevi wear two garments. They enter the ceremony wearing a black cloak that signifies the death of the ego and whirl with a white robe that signifies resurrection. On their head, they wear a tall conical hat that resembles a tombstone.

The practice of whirling is not unique to the Mevlevis. In Turkey, the Sama of music, dance, and whirling is also practiced by the Alevis, the followers of Haji Bektash.

In Egyptian Sufism, the dance is known as Tenura – the skirt dance, and it has become a sort of folkloric show.

It may be that the practice of whirling has its origins in Central Asian spirituality where shamans used it to induce altered states of consciousness. 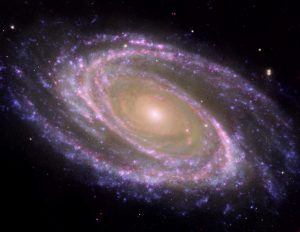 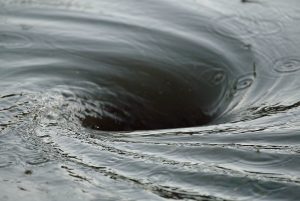 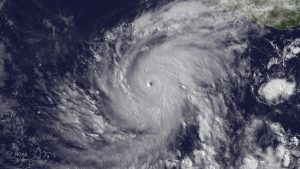 So now is the big question – how is it connected to Sacred Geometry?

When we look at the shape of a whirlpool, at a picture of a spinning galaxy with a black hole in the middle, or at a cyclone or hurricane with an “eye” in the middle, we encounter a representation of the mathematical Fibonacci Sequence.

If you create a sequence of squares, each representing the value in the sequence, and then draw a bow from one corner of the square using the value as a radius, you begin to create a spiral of a nautilus shape (as shown in the image).

That’s the spiral we encounter in the shape of a spinning galaxy, a whirlpool, or a cyclone. What they have in common is that the spinning motion creates a VORTEX.

In vortices, there’s a phenomenon that the closer you get to the axis around which it rotates, the faster the movement, and then a “nothingness” is created, a sort of a hole. That’s the “eye” of the hurricane or the whirlpool.

That’s what the whirling attempts to achieve. That nothingness creates an empty space in which the Divine Light can come shining through without any filters. Then the soul can soar up through that emptiness and achieve a closer connection with GOD.

THE SEED OF LIFE POTENTIALS OF CREATION

Please log in again. The login page will open in a new tab. After logging in you can close it and return to this page.